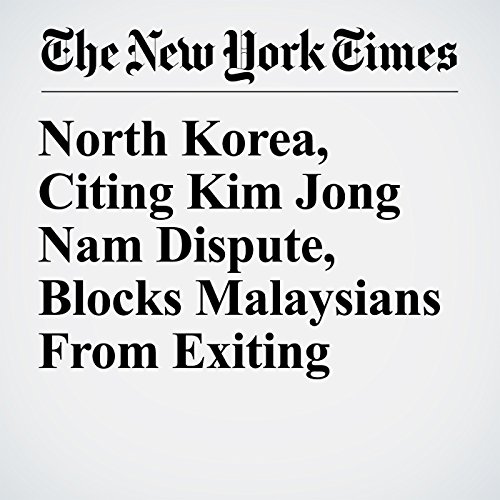 North Korea said on Tuesday that it was barring all Malaysians from leaving the country until there is a “fair settlement” of a dispute over the assassination in Kuala Lumpur of Kim Jong Nam, the half brother of North Korea’s leader.

"North Korea, Citing Kim Jong Nam Dispute, Blocks Malaysians From Exiting" is from the March 07, 2017 World section of The New York Times. It was written by Richard C. Paddock and narrated by Keith Sellon-Wright.