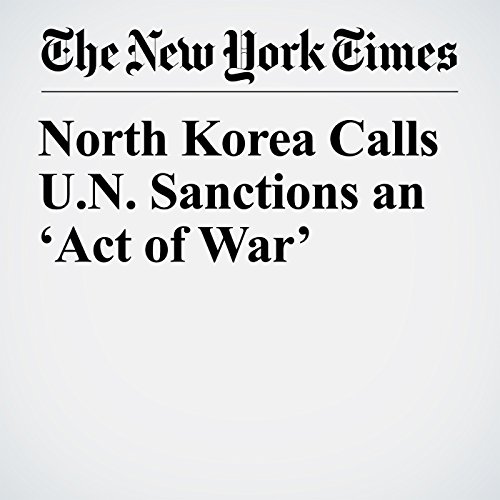 North Korea on Sunday called the latest round of punishing United Nations sanctions an “act of war,” and reminded the United States that the North’s rapid development of missiles and atomic bombs meant it posed a “substantial nuclear threat to the U.S. mainland.”

"North Korea Calls U.N. Sanctions an ‘Act of War’" is from the December 24, 2017 World section of The New York Times. It was written by Russell Goldman and narrated by Kristi Burns.