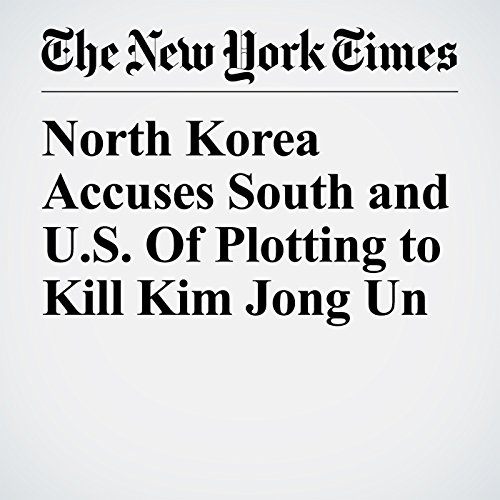 North Korea recently uncovered a “hideous terrorists’ group” that the National Intelligence Service of South Korea, working with the CIA, had sent into the North on a secret mission to kill Kim with biochemical agents, said a spokesman for the North’s Ministry of State Security.

"North Korea Accuses South and U.S. Of Plotting to Kill Kim Jong Un" is from the May 05, 2017 World section of The New York Times. It was written by Choe Sang Hun and narrated by Mike DelGaudio.