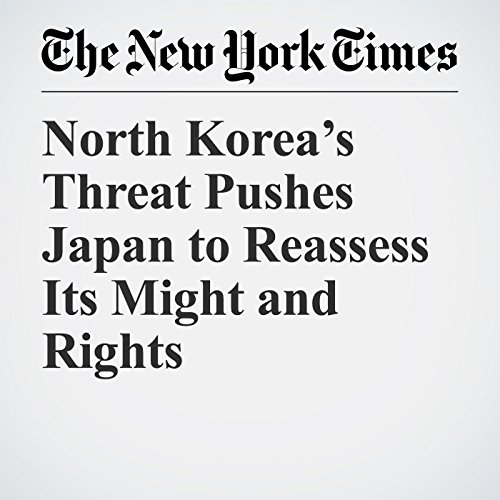 When North Korea launched a missile that flew over Japan on Friday morning, prompting authorities to broadcast an alert on cellphones and television, many people wondered: Why didn’t the Japanese military shoot it down?

"North Korea’s Threat Pushes Japan to Reassess Its Might and Rights" is from the September 15, 2017 World section of The New York Times. It was written by Motoko Rich and narrated by Barbara Benjamin-Creel.