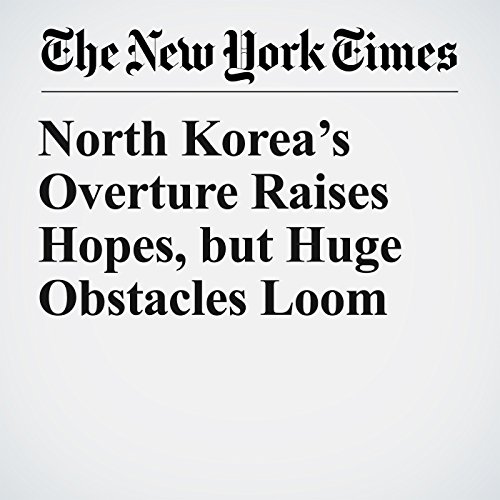 The New Year’s Day proposal by North Korea’s leader, Kim Jong In, for direct talks with South Korea came as sanctions appear to be biting, with reports of shortages in the North and new pressure by Washington to intercept ships engaged in fuel smuggling.

"North Korea’s Overture Raises Hopes, but Huge Obstacles Loom" is from the January 04, 2018 World section of The New York Times. It was written by Choe Sang Hun and narrated by Mike DelGaudio.