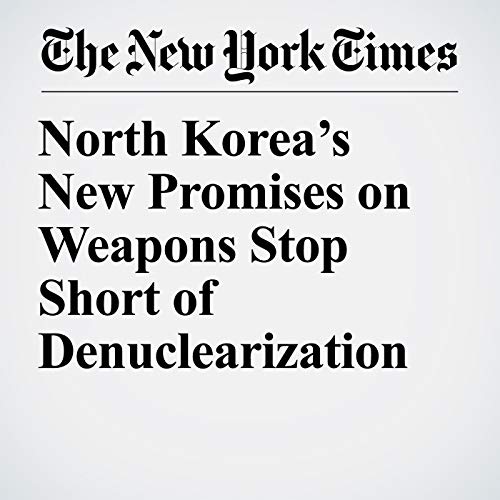 SEOUL, South Korea — Kim Jong Un, North Korea’s leader, finally committed Wednesday to some concrete steps toward denuclearization — most notably an offer to “permanently dismantle” facilities that are central to the production of fuel for nuclear warheads — but they fell far short of what U.S. officials have demanded.

"North Korea’s New Promises on Weapons Stop Short of Denuclearization" is from the September 19, 2018 World section of The New York Times. It was written by Choe Sang Hun and narrated by Kristi Burns.