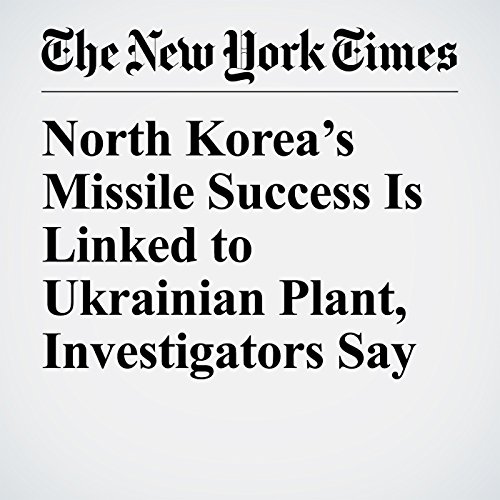 North Korea’s success in testing a intercontinental missile that appears able to reach the U.S. was made possible by black-market purchases of powerful rocket engines probably from a Ukrainian factory with historical ties to Russia’s missile program, according to an expert analysis being published Monday and classified assessments by U.S. intelligence agencies.

"North Korea’s Missile Success Is Linked to Ukrainian Plant, Investigators Say" is from the August 13, 2017 World section of The New York Times. It was written by William J. Broad and David E. Sanger and narrated by Kristi Burns.