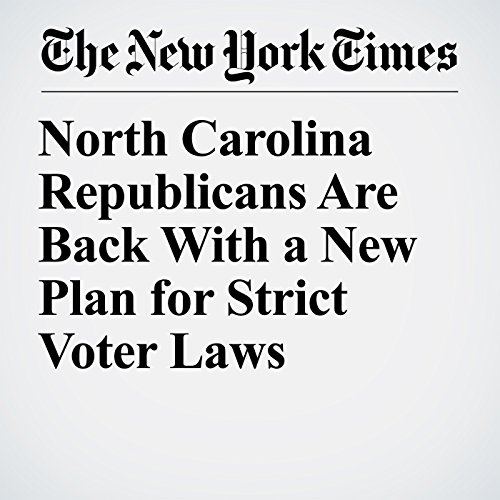 The last time Republicans in the North Carolina Legislature enacted a law making it harder for some of the state’s residents to vote, a federal court said the statute targeted African-American voters “with almost surgical precision,” and threw it out.

"North Carolina Republicans Are Back With a New Plan for Strict Voter Laws" is from the June 15, 2018 U.S. section of The New York Times. It was written by Michael Wines and narrated by Barbara Benjamin-Creel.