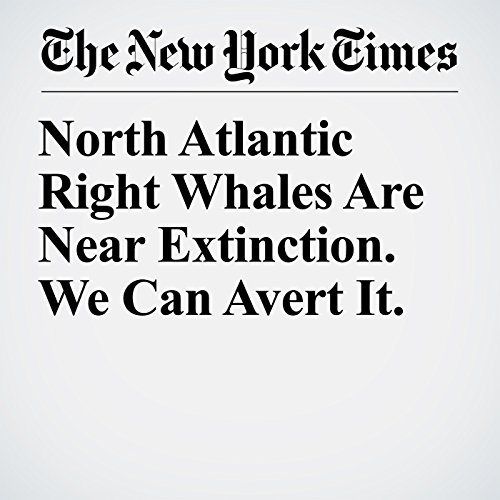 For the highly endangered North Atlantic right whale, the year has begun badly. One young whale that had become entangled in fishing lines was found dead in January off Virginia. Worse, not a single newborn has yet been spotted by scientists flying over the whale’s calving grounds off Florida and Georgia.

"North Atlantic Right Whales Are Near Extinction. We Can Avert It." is from the March 08, 2018 Opinion section of The New York Times. It was written by Deborah Cramer and narrated by Kristi Burns.

Cosa pensano gli ascoltatori di North Atlantic Right Whales Are Near Extinction. We Can Avert It.