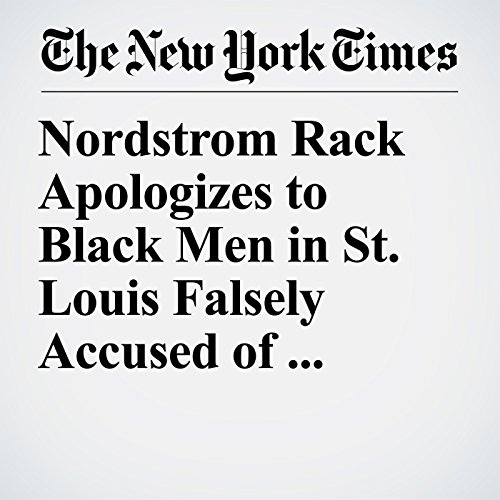 The president of Nordstrom Rack flew to St. Louis to apologize on Tuesday to three black friends who were falsely accused last week of trying to steal clothing at one of the company’s stores.

"Nordstrom Rack Apologizes to Black Men in St. Louis Falsely Accused of Stealing" is from the May 09, 2018 U.S. section of The New York Times. It was written by Matthew Haag and narrated by Keith Sellon-Wright.