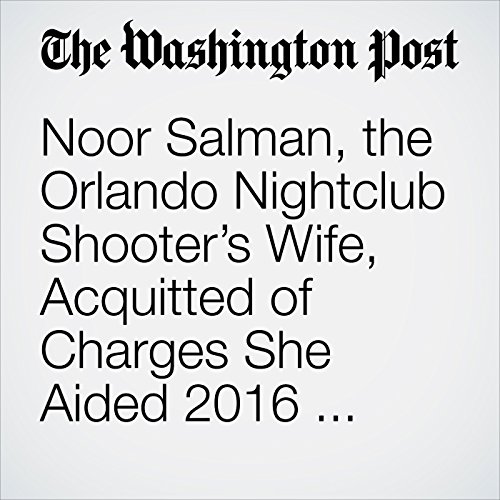 The wife of the Orlando nightclub shooter was found not guilty Friday of aiding and abetting her husband’s deadly, Islamic State-inspired attack and obstructing the FBI’s investigation into the incident.

"Noor Salman, the Orlando Nightclub Shooter’s Wife, Acquitted of Charges She Aided 2016 Massacre" is from the March 30, 2018 National section of The Washington Post. It was written by Barbara Liston, Matt Zapotosky and narrated by Jenny Hoops.