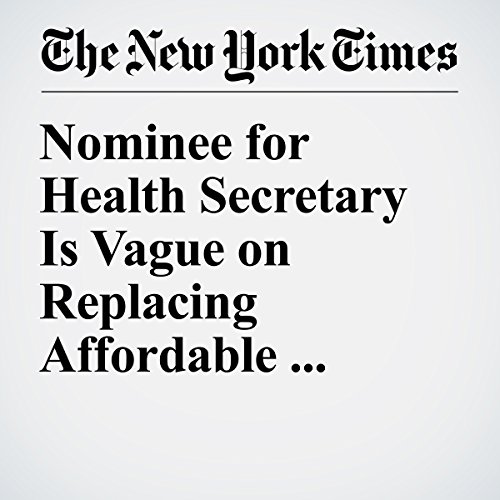 Rep. Tom Price, the man President-elect Donald Trump has chosen to lead the Department of Health and Human Services, promised on Wednesday to make sure that people do not “fall through the cracks” if the Affordable Care Act is repealed and set a goal to increase the number of people with health insurance.

But at a hearing before the Senate Health, Education, Labor and Pensions Committee, Price provided only vague reassurance to members of both parties who pressed him for specific policies.

"Nominee for Health Secretary Is Vague on Replacing Affordable Care Act" is from the January 18, 2017 U.S. section of The New York Times. It was written by Robert Pear and narrated by Caroline Miller.