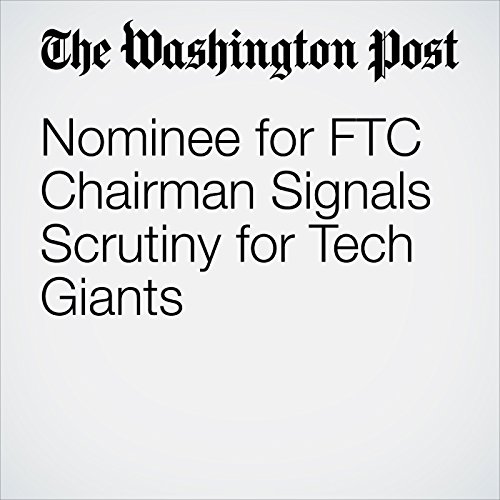 President Trump's nominee to lead one of the nation's top consumer watchdog agencies suggested to Congress on Wednesday that Silicon Valley may draw scrutiny for potential antitrust violations under his tenure, which could challenge the growing influence of the country's dominant tech platforms.

"Nominee for FTC Chairman Signals Scrutiny for Tech Giants" is from the February 14, 2018 Business section of The Washington Post. It was written by Hamza Shaban and narrated by Sam Scholl.