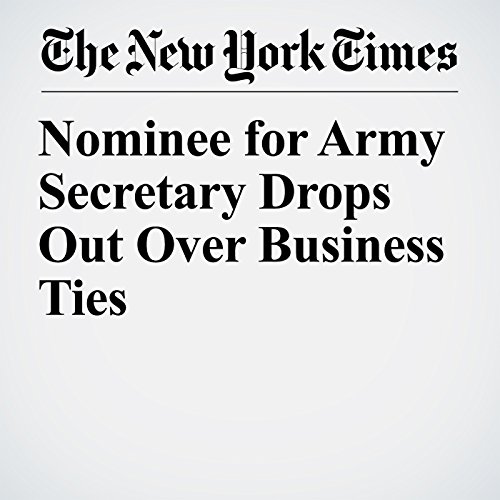 Vincent Viola, a billionaire Wall Street trader and President Donald Trump’s nominee for secretary of the Army, abruptly withdrew his name for the post Friday night after concluding it would be too difficult to untangle himself from his business ties, two government officials said.

"Nominee for Army Secretary Drops Out Over Business Ties" is from the February 04, 2017 U.S. section of The New York Times. It was written by Susanne Craig and narrated by Barbara Benjamin-Creel.