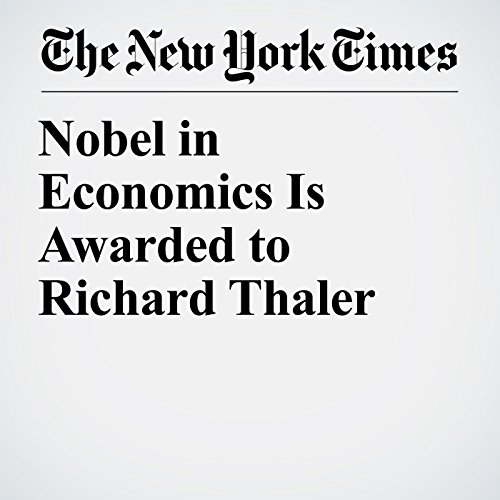 Richard H. Thaler was awarded the Nobel Memorial Prize in Economic Science on Monday for his contributions to behavioral economics.

"Nobel in Economics Is Awarded to Richard Thaler" is from the October 09, 2017 World section of The New York Times. It was written by Binyamin Appelbaum and narrated by Kristi Burns.