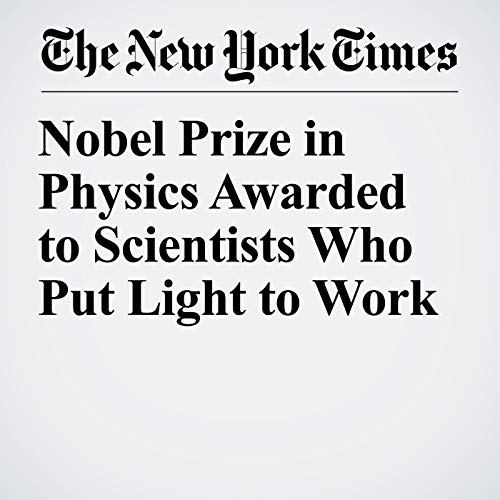 The 2018 Nobel Prize in physics was awarded Tuesday to Arthur Ashkin of the United States, Gérard Mourou of France and Donna Strickland of Canada for harnessing one of the most ineffable aspects of nature, pure light, into a mighty microscopic force. Strickland, a self-described “laser jock,” is only the third woman to win the physics prize, for work she did as a graduate student with Mourou.

"Nobel Prize in Physics Awarded to Scientists Who Put Light to Work" is from the October 02, 2018 U.S. section of The New York Times. It was written by Dennis Overbye and narrated by Keith Sellon-Wright.