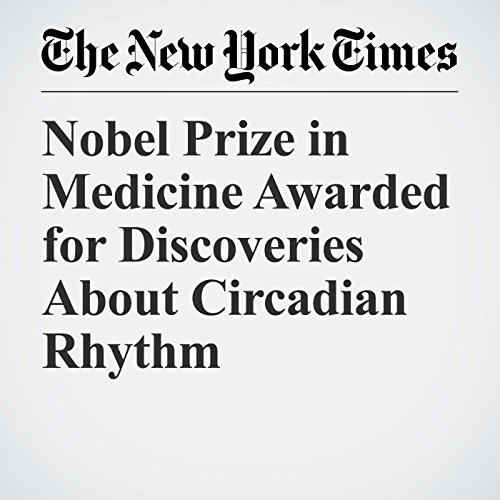 Jeffrey C. Hall, Michael Rosbash and Michael W. Young were awarded the Nobel Prize in physiology or medicine on Monday for discoveries about the molecular mechanisms controlling the body’s circadian rhythm.

"Nobel Prize in Medicine Awarded for Discoveries About Circadian Rhythm" is from the October 02, 2017 Science section of The New York Times. It was written by Gina Kolata and narrated by Kristi Burns.