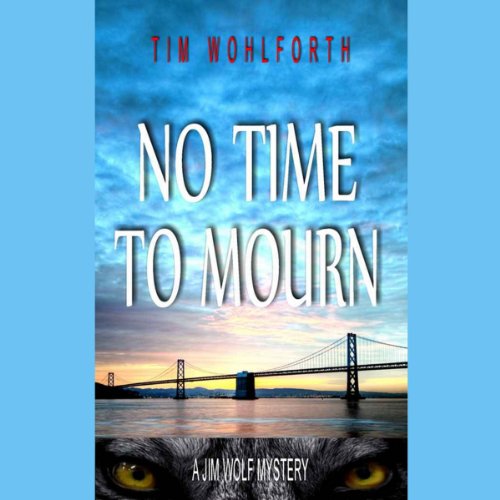 A shape bends over a drink at the end of the bar in Big Emma's on Oakland's Jack London Square, looking like a bundle of black clothes someone has left on the barstool. Full red lips that match brightly dyed hair are the only source of color, as if an artist had begun to colorize her just before she walked out of frame in a '40s noir movie. Her name is Susan, and she is there to hire PI Jim Wolf to find her husband's killer - and to protect her from a man called Red. Wolf takes her case, but Susan is soon murdered. Then an attempt is made on Wolf's life … and the hunter becomes the hunted.

With the help of two very different but important women in his life, Lori Mazzetti, his former lover whom he can no longer live with but can't seem to survive without, and Connie Hernandez, an investigative reporter for the Oakland Tribune, Wolf sets out to track Red down. Now it's personal. The bullets fly and the blood flows, but Wolf is just getting started. Like the alpha predator of his namesake, private investigator Jim Wolf is the last guy you'd ever want to see behind you, following in your tracks - or at your door.