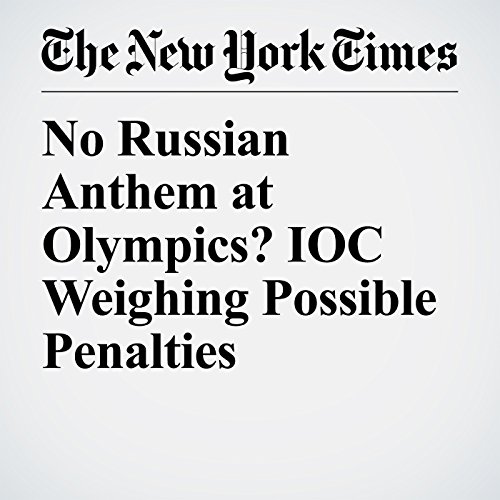 Top officials for the International Olympic Committee are considering a menu of possible penalties against Russia for doping violations, including barring the country’s national anthem at the coming Winter Olympics and keeping its delegation of athletes out of the opening ceremony, according to several people with knowledge of the deliberations.

"No Russian Anthem at Olympics? IOC Weighing Possible Penalties" is from the November 06, 2017 Sports section of The New York Times. It was written by Tariq Panja and narrated by Kristi Burns.