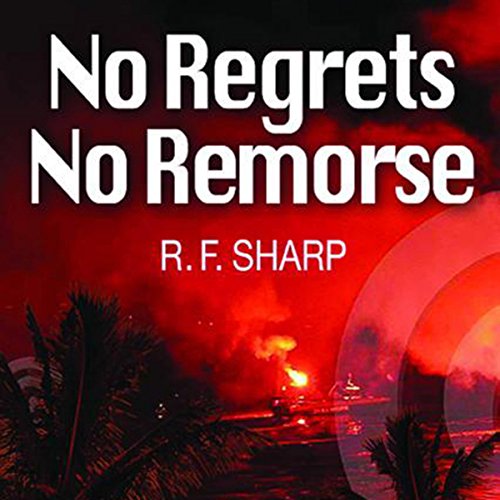 Her job is to insure that your wrongs are righted.

Sydney Simone, herself a type of casualty, is dedicated to helping those whose wrongs can't be righted by orthodox means. Via a cloaked website and identity, she first verifies the client's story and then accepts payment: half up front, half on completion of her work. Usually it's a form of human pest control.

For cover, Sydney works as an assistant at the Rose Madder Gallery in West Palm Beach run by Oscar Leopold. Oscar, a sculptor, has left his law practice behind. But now Roy, his former partner, has been arrested for murdering Big Jack, an attorney with a sleazy television advertising presence.

At the same time, Sydney is dealing with a client who has seemingly penetrated her defenses and demands she complete a job, namely, rubbing out Big Jack - an assignment for which she has already pocketed an unusually large fee. So now, to save herself, Oscar, and Roy, Sydney must switch gears, even as she continues to operate HumanPestControl.com.

Teaming with Oscar isn't easy, since she can't tell him all she knows, but soon their investigation leads to a complex scheme of insurance fraud that implicates Roy - perhaps he really is guilty. But Oscar becomes an investigative target himself, and as he tries to find the true killer, he is arrested, kidnapped, and assaulted.

Whether in the corporate offices of south Florida or the backwaters of the panhandle, the perpetrators are dangerous and desperate to keep their careers, their freedom, even their lives. Oscar and Sydney, with their own lives and livelihoods at stake, must up their game - a game that Sydney may have to reveal to survive.

"A Harley-riding hit woman who kills for virtue as well as profit and a Miami lawyer turned sculptor combine forces to butt heads with crooked lawyers, organized crime, and local authorities to track down a murderer. Ronald Sharp had me from the first chapter, a step-by-step account of how to blow up a house, with the bad guy safely inside, of course." (Dana Stabenow, Edgar Award winner and New York Times bestselling author)
"[A] high-spirited debut novel from attorney/sculptor Sharp." ( Kirkus Reviews)
"Nifty and intricate plotting.... [A] fiery and satisfying conclusion." ( Library Journal)

I like Bernadette Dunne as a Narrator. The story had the action and the intrigue to keep me listening.