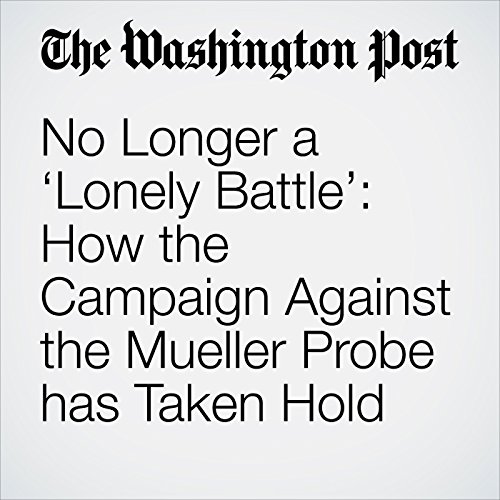 For months, efforts to discredit special counsel Robert S. Mueller III’s investigation into Russian meddling in the 2016 campaign flickered at the fringes of political debate. Now, the allegation that FBI and Justice Department officials are part of a broad conspiracy against President Trump is suddenly center stage, amplified by conservative activists, GOP lawmakers, right-leaning media and the president himself.

"No Longer a ‘Lonely Battle’: How the Campaign Against the Mueller Probe has Taken Hold" is from the December 24, 2017 Politics section of The Washington Post. It was written by Michael Kranish, Devlin Barrett and Karoun Demirjian and narrated by Sam Scholl.

Cosa pensano gli ascoltatori di No Longer a ‘Lonely Battle’: How the Campaign Against the Mueller Probe has Taken Hold