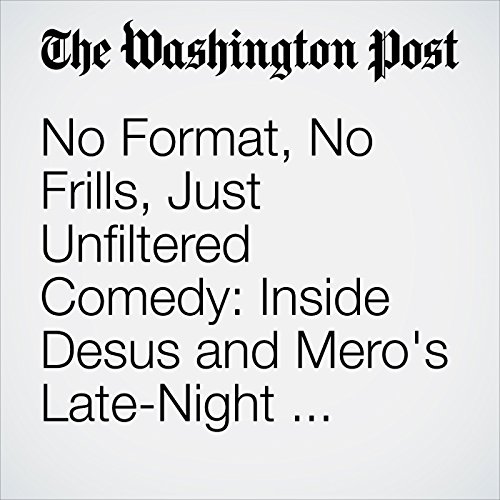 It’s a muggy Saturday evening, but the 9:30 Club is buzzing with energy. Desus Nice and the Kid Mero are about to officially introduce themselves to the sold-out crowd. Several audience members hold up their phones to record the comedic duo’s trademark “AKAs” — a rapid-fire listing of the dozens of monikers that begins each episode of their raunchy podcast, “The Bodega Boys.” Desus also goes by “Young Chipotle,” “3 Phone Jones” and “Eli Lit, B.” Mero calls himself “The Human Durag Flap,” “East Tremont Stevie B” and “The Dominican Don Dada.”

"No Format, No Frills, Just Unfiltered Comedy: Inside Desus and Mero's Late-Night Insurgency" is from the July 25, 2017 Style section of The Washington Post. It was written by Bethonie Butler and narrated by Sam Scholl.