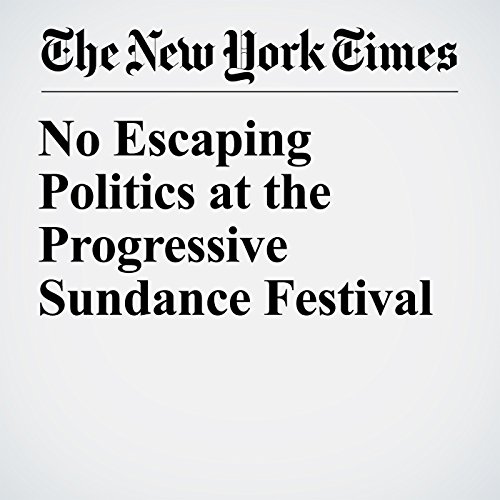 In ordinary years, the focus at the Sundance Film Festival is often on the breakout movie, the essential title that everyone wants to see and insists that you need to see. This year, however, is not like most years, and with a new president in the White House, the festival itself — which opened the day before the inauguration and closes on Sunday — has inescapably become the biggest story here.

"No Escaping Politics at the Progressive Sundance Festival" is from the January 27, 2017 Entertainment section of The New York Times. It was written by Manohla Dargis and narrated by Paul Ryden.