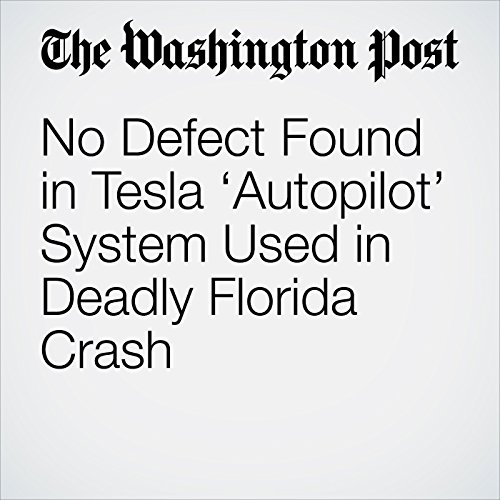 Autopilot is not the same as “self-driving,” though some Tesla drivers have tried to treat it that way. It is instead a more limited set of features, such as cruise control that can gauge the speed of cars up ahead and some automatic steering. The company says drivers should keep their hands on the wheel and pay constant attention, though safety researchers say drivers can easily be lulled into a false sense of security.

"No Defect Found in Tesla ‘Autopilot’ System Used in Deadly Florida Crash" is from the January 19, 2017 Tech section of The Washington Post. It was written by Michael Laris and narrated by Sam Scholl.