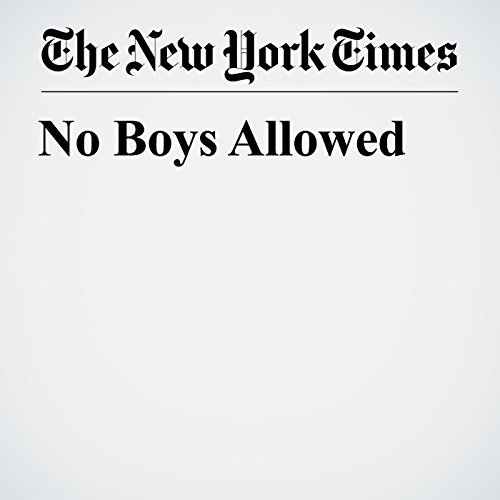 Are mediocre white men not prevalent enough in today’s society, so now their avatars must haunt even our tea parties? They already have a Tea Party. Sure, maybe the company’s intention is to show boys that it’s OK to play with dolls. (Though if you’re trying to gender neutralize, maybe don’t call your company American Girl.) To longtime fans, it feels more like girls are losing something that used to be theirs alone.

"No Boys Allowed" is from the February 19, 2017 Opinion section of The New York Times. It was written by Caity Weaver and narrated by Kristi Burns.