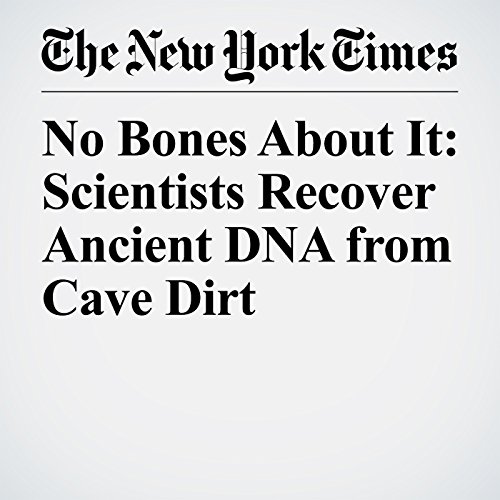 Sifting through teaspoons of clay and sand scraped from the floors of caves, German researchers have managed to isolate ancient human DNA — without turning up a single bone.

"No Bones About It: Scientists Recover Ancient DNA from Cave Dirt" is from the April 28, 2017 Science section of The New York Times. It was written by Gina Kolata and narrated by Barbara Benjamin-Creel.