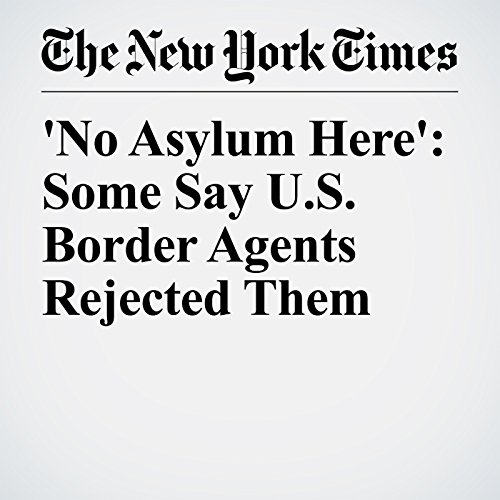 By the time Francisca, Armando and their two surviving children made it to the United States border in late February, they were hungry, exhausted and virtually penniless. But the couple, which said a son had been killed by a gang back in El Salvador and that their daughter had nearly been raped, thought they had finally reached safety.

"'No Asylum Here': Some Say U.S. Border Agents Rejected Them" is from the May 03, 2017 U.S. section of The New York Times. It was written by Caitlin Dickerson and Miriam Jordan and narrated by Kristi Burns.