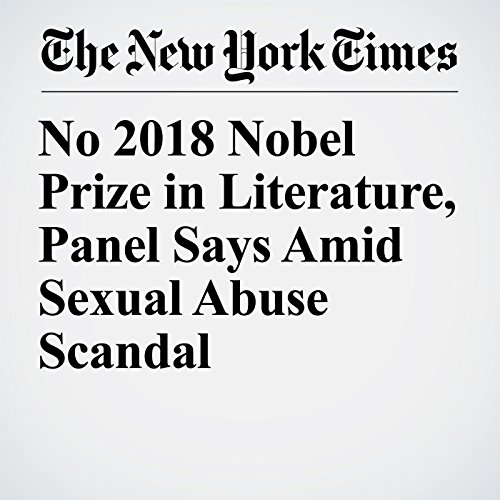 STOCKHOLM — The Swedish panel that awards the Nobel Prize in Literature said Friday that it would take the extraordinary step of not naming a laureate this year — not because of a shortage of deserving writers, but because of the infighting and public outrage that have engulfed the group over a sexual abuse scandal.

"No 2018 Nobel Prize in Literature, Panel Says Amid Sexual Abuse Scandal" is from the May 04, 2018 World section of The New York Times. It was written by Christina Anderson, Richard Pérez Peña and narrated by Barbara Benjamin-Creel.