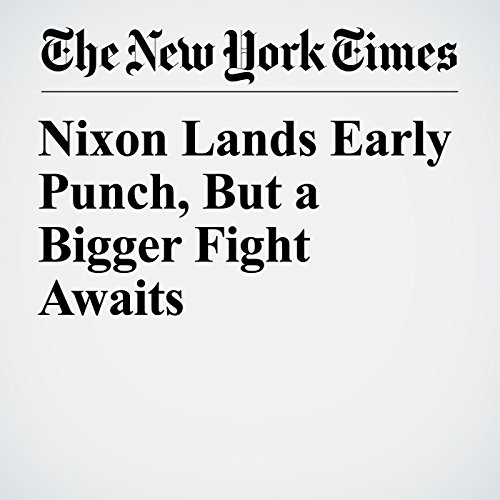 ALBANY, N.Y. — In the drama-laden race for the Democratic nomination for governor of New York — a contest that, although only one month old, has seen more fireworks than many campaigns ever do — the Working Families Party’s endorsement of Cynthia Nixon still stood out.

"Nixon Lands Early Punch, But a Bigger Fight Awaits" is from the April 20, 2018 U.S. section of The New York Times. It was written by Jesse McKinley and Vivian Wang and narrated by Mike DelGaudio.