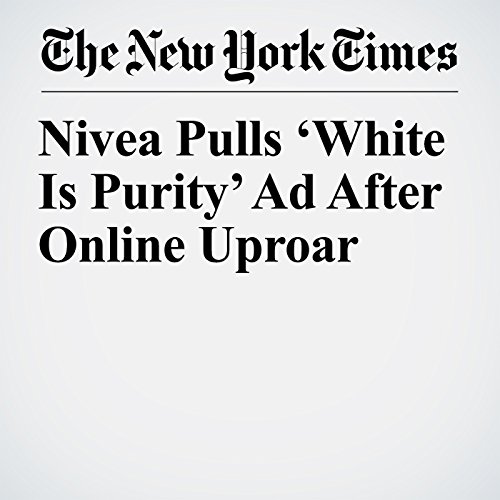 The skin care brand Nivea set off a controversy this week with an ad featuring the phrase “White is purity,” again finding itself accused of racial insensitivity over a campaign that seemed to be embraced by white supremacists.

"Nivea Pulls ‘White Is Purity’ Ad After Online Uproar" is from the April 04, 2017 Business section of The New York Times. It was written by Amie Tsang and narrated by Keith Sellon-Wright.