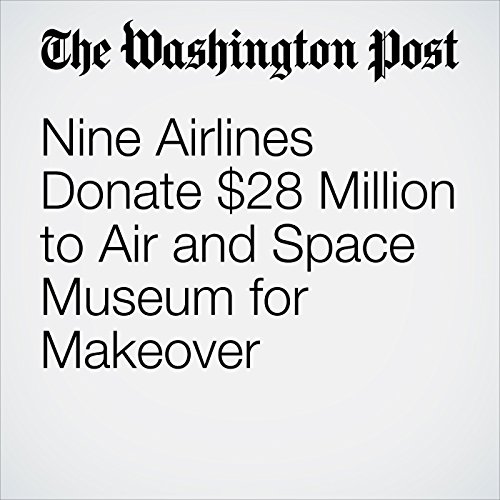 In a remarkable joint venture, nine commercial airlines have donated $28 million to the National Air and Space Museum to support the remaking of an exhibition that traces the history of commercial aviation, the museum announced Wednesday.

"Nine Airlines Donate $28 Million to Air and Space Museum for Makeover" is from the January 31, 2018 Entertainment section of The Washington Post. It was written by Peggy McGlone and narrated by Sam Scholl.