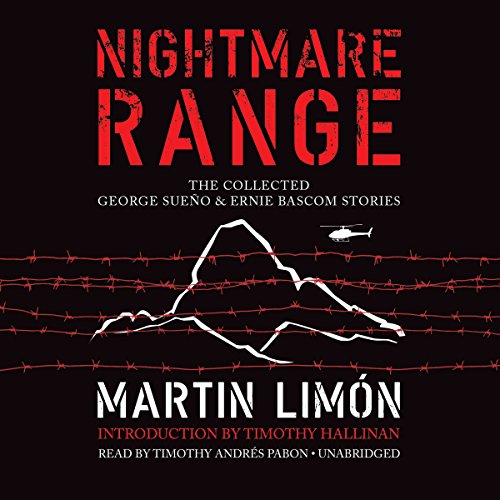 Twenty years ago Martin Limón published his first mystery featuring Sergeant George Sueño, a young Mexican American army detective stationed on the US Eighth Army base in South Korea in the early 1970s, the heart of the Cold War. George and his investigating partner, the rowdy and short-fused Sergeant Ernie Bascom, are assigned cases in which the Eighth Army has come into conflict with local Korean law enforcement - often incidents in which American soldiers, who are not known for being on their best behavior in their Asian host country, have committed a crime. Sueño's job is partially to solve crimes but mostly to cover top brass' backside and make sure the US Army doesn't look bad. Thoughtful, observant George, who is conversant in Korean, constantly faces difficult choices about whether to follow his orders or his conscience.

After eight critically acclaimed novels comes this collection of Limón's award-winning short stories featuring sergeants Sueño and Bascom. The stories have been published over the last 20 years in a variety of magazines, mostly in Alfred Hitchcock, but have never before been available in book form. This volume is sure to attract both critical attention and appeal to collectors and is a must-have for literary mystery listeners.

I served twice in Korea with the US Army. These stories reflect the conditions of the era. Limon captured the tone, attitudes, and issues of the day. And his two characters make this a fun read, even for officers who serve as a focal point for brunt criticism and ridicule by enlisted soldiers.

Read this book. You won't regret it and you'll be surprised how much you'll learn about Korea at this time in its history.

History and culture aside, Limon's descriptions, characterizations, and plots are pure excellence in craft. Terrific read or listen. I heard this on Audible as I did my workouts. I extended workouts to hear the end of a story. Double benefit - great story, more cardio!