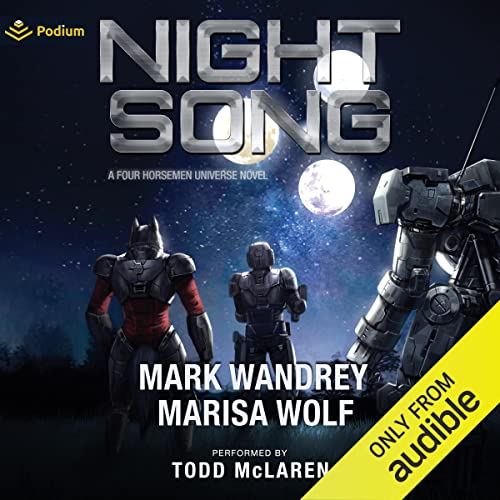 Fourteen years ago, Alan Porter returned from a contract with a hefty payday for his company, Silent Night, and a surprise: five orphaned Zuul pups.

Although Humans and Zuul have faced off on many battlefields, little was known of the ancient mercenary race, and Alan and his wife, Dana, raised them the best they could. The five pups, Rex, Ripley, Drake, Sonya, and Shadow grew to maturity in Australia, happy with their lives. Until a Zuul with the Winged Hussars happens across the strange family and carries news of them home.

In the aftermath of the Omega War, Silent Night is barely holding on. Most of the company’s mercs and its only starship didn’t return from a contract before the war. With the Merc Guild’s prohibition on new contracts, they’re on the edge of collapse...when a Zuul cruiser arrives. They, too, are missing personnel, and their leader offers to help find all the missing troops, human as well as Zuul. Despite Alan’s worry for his family, it’s an offer he can’t refuse.

For the pups, it’s a voyage of learning what it means to be Zuul. What they find, though, is much more than they bargained for. As the Guild War catches them in its growing conflict, power and credits turn friends into bitter enemies. For it to all end, Night Song must be whole once more. And the galaxy will sing.

Sing me a song in the night

Excellent story! It advances the progression of the 4HU and deepens the picture of the Zull. A strong action story in its own right.