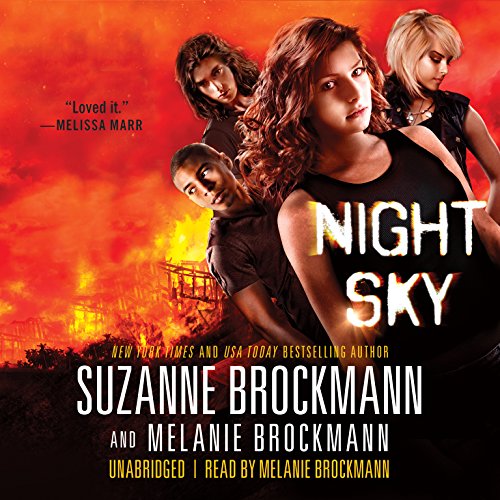 NewYork Times and USA Today best-selling author Suzanne Brockmann and her daughter Melanie have written a pulse-pounding novel of paranormal suspense set in a near future both fantastic and frightening.

Skylar Reid is shaken when Sasha, the little girl she babysits, is kidnapped. She's scared that the weird dreams she's been having about Sasha are real - and even more afraid that Sasha is already dead.

When a mysterious girl with extreme butt-kicking abilities roars into town on a motorcycle and starts stalking Skylar, things get even weirder. Supergirl Dana tells Sky that she also has abilities, that a hormone in their blood makes them stronger, faster, smarter - a hormone that the makers of a new drug called Destiny will murder to get their hands on.

Dana and Milo, her dangerously hot yet oh-so-forbidden partner in crime, want Sky to join them in their mission - and to mold Sky into the ultimate weapon. She can sense there's something about her abilities they're not telling her, but the only way to save Sasha and stop other girls from being taken is to embrace the weird…and fight Destiny.

I listened but skipped a lot. Why do authors read their books. Readers voice not to bad and it is hard to describe but it was like and adult scrunching her voice to sound younger. And words with r she rolled them. It might be interesting for young adult just wasn't for me.

It was like "Buffy and the "Goonies" allll wrapped up together....:) I hada blast and can't to listen to the next adventure!..! :)

I have listened to all of the books in the series many times because I enjoy them so much, BUT..
..I WANT MORE
Come on authors where's the next book?

Awesome characters and story. Action, adventure and love. This is addictive . I got the next two in the series when I was halfway through the first.

I loved it and couldn't let go of it until I finished it. quite happy with the story and performance ☺️