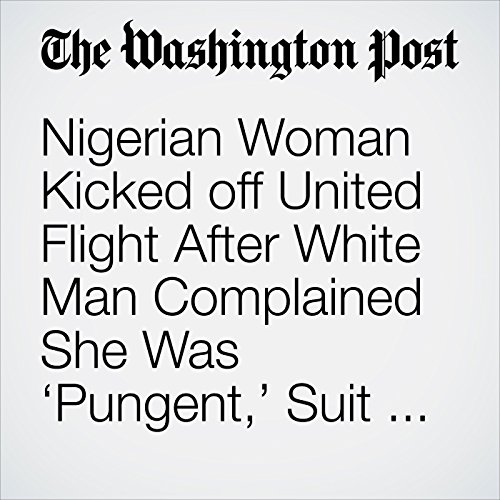 An African woman and her children were kicked off a United Airlines flight after a fellow passenger complained that she had a “pungent” odor, according to a racial discrimination lawsuit filed against the company.

"Nigerian Woman Kicked off United Flight After White Man Complained She Was ‘Pungent,’ Suit Says" is from the May 12, 2018 National section of The Washington Post. It was written by Kristine Phillips and narrated by Sam Scholl.