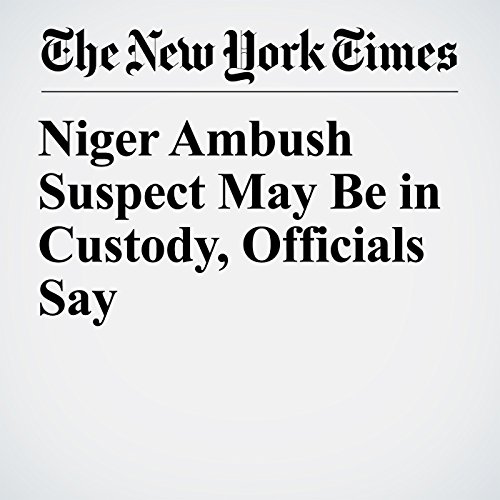 Niger Ambush Suspect May Be in Custody, Officials Say

NIAMEY, Niger — More than six months ago, a group of U.S. soldiers rushed to reach a spot in the scrubland of Niger after intelligence officials intercepted a signal from the cellphone of a terrorist known as Doundoun Cheffou. He wasn’t there, but hours later four of the Americans were killed in an ambush that remains under investigation.

"Niger Ambush Suspect May Be in Custody, Officials Say" is from the April 16, 2018 World section of The New York Times. It was written by Eric Schmitt, Rukmini Callimachi and narrated by Barbara Benjamin-Creel.