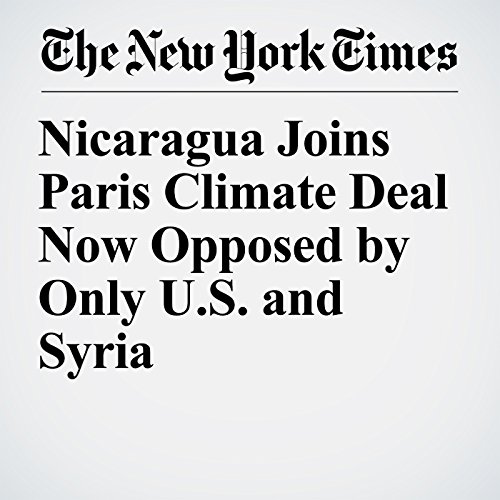 And then there were two.Nicaragua has announced that it will join the Paris Climate Accord, leaving only two countries that have either not joined the deal or signaled their plans to leave it: Syria and the United States.

"Nicaragua Joins Paris Climate Deal Now Opposed by Only U.S. and Syria" is from the October 24, 2017 World section of The New York Times. It was written by Liam Stack and narrated by Kristi Burns.