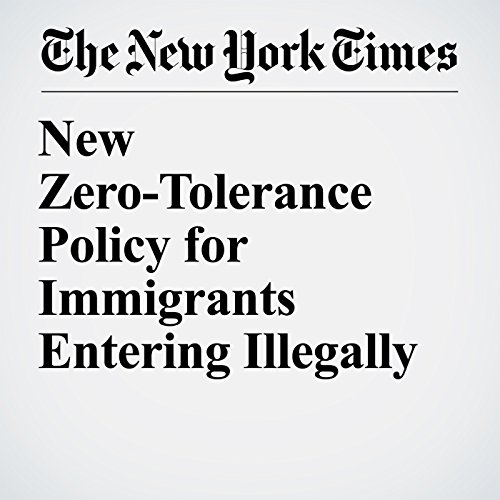 LOS ANGELES — The Trump administration announced Monday that it is dramatically stepping up prosecutions of those who illegally cross the Southwest border, ramping up a “zero tolerance” policy intended to deter new migrants with the threat of jail sentences and separating immigrant children from their parents.

"New Zero-Tolerance Policy for Immigrants Entering Illegally" is from the May 07, 2018 U.S. section of The New York Times. It was written by Miriam Jordan and Ron Nixon and narrated by Kristi Burns.