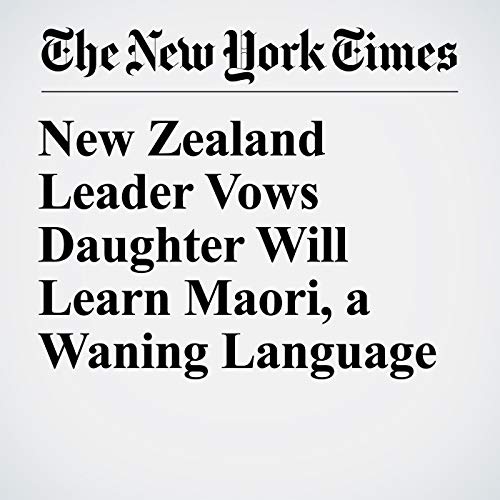 Prime Minister Jacinda Ardern of New Zealand has pledged that her newborn daughter would grow up to learn both English and the country’s indigenous Maori language, which is battling for survival after years of decline.

"New Zealand Leader Vows Daughter Will Learn Maori, a Waning Language" is from the August 08, 2018 World section of The New York Times. It was written by Charlotte Graham Mclay and narrated by Kristi Burns.