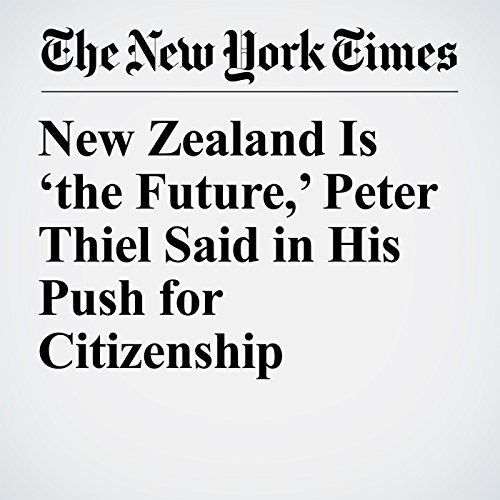 “I am happy to say categorically that I have found no other country that aligns more with my view of the future than New Zealand,” Thiel wrote in his application. The 49-year-old investor, who was born in Germany, was granted New Zealand citizenship in 2011 but kept his U.S. citizenship.

"New Zealand Is ‘the Future,’ Peter Thiel Said in His Push for Citizenship" is from the February 01, 2017 Business section of The New York Times. It was written by David Streitfeld and Jacqueline Williams and narrated by Fleet Cooper.