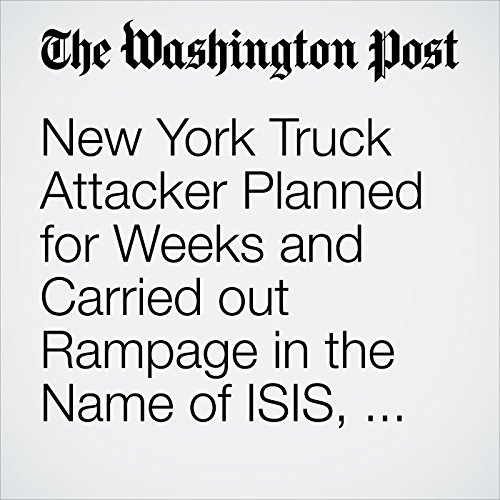 Authorities said Wednesday that the 29-year-old man accused of mowing down pedestrians and cyclists on a Manhattan bike path, killing eight people, had plotted for weeks before carrying out the attack in the name of the Islamic State.

"New York Truck Attacker Planned for Weeks and Carried out Rampage in the Name of ISIS, Officials Say" is from the November 01, 2017 National section of The Washington Post. It was written by Renae Merle, Devlin Barrett and Mark Berman and narrated by Sam Scholl.