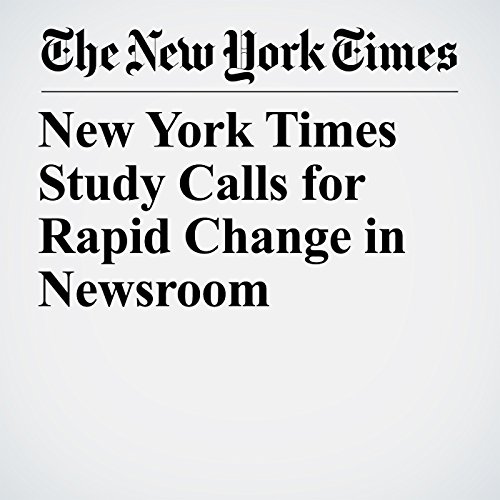 The New York Times has deftly adapted to the demands of digital journalism, but it needs to change even more quickly, according to an internal report that recommends the company expand training for reporters and editors, hire journalists with more varied skills and deepen engagement with readers as a way to build loyalty and attract the subscriptions necessary to survive.

"New York Times Study Calls for Rapid Change in Newsroom" is from the January 17, 2017 Business section of The New York Times. It was written by Sydney Ember and narrated by Fleet Cooper.