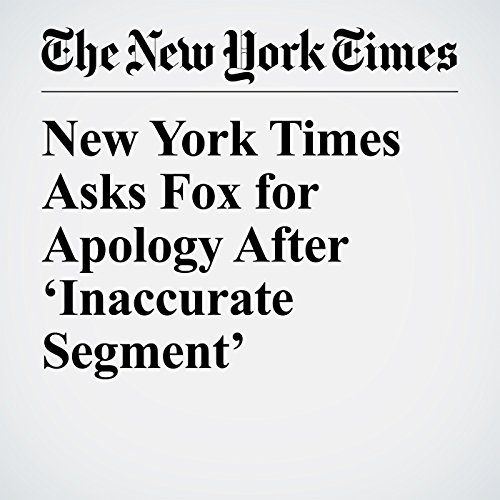 The New York Times has asked that the television show “Fox & Friends” apologize for what a Times spokeswoman described as a “malicious and inaccurate segment” that aired last week accusing the paper of publishing a story in 2015 that had hindered the U.S. military’s attempt to kill Abu Bakr al-Baghdadi, the leader of the Islamic State group.

"New York Times Asks Fox for Apology After ‘Inaccurate Segment’" is from the July 24, 2017 Business section of The New York Times. It was written by Jonah Engel Bromwich and narrated by Keith Sellon-Wright.