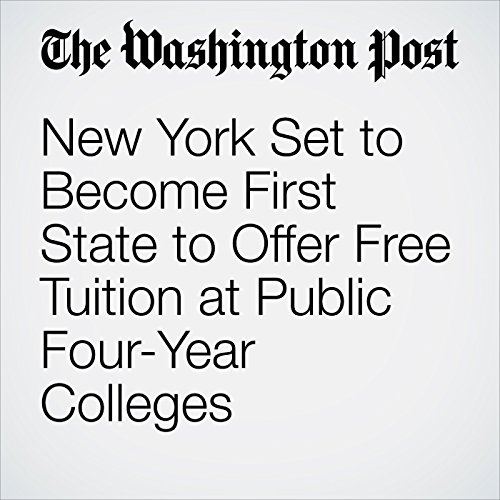 The $163 billion state budget agreement includes the Excelsior Scholarship, which covers tuition for any New Yorker accepted to one of the state’s community colleges or four-year universities, provided their family earns less than $125,000 a year.

"New York Set to Become First State to Offer Free Tuition at Public Four-Year Colleges" is from the April 08, 2017 National section of The Washington Post. It was written by Danielle Douglas-Gabriel  and narrated by Jenny Hoops.