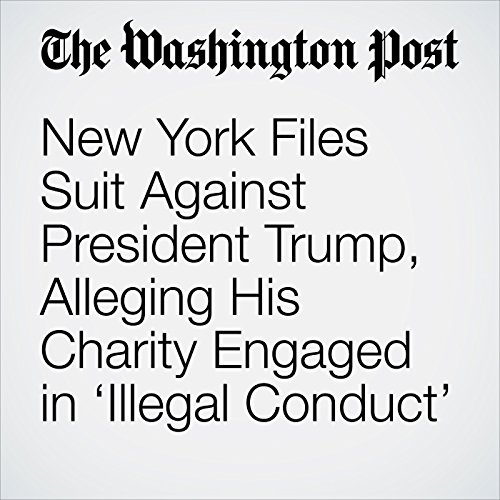 The New York attorney general filed suit against President Trump and his three eldest children Thursday, alleging “persistently illegal conduct” at the president’s personal charity, saying Trump repeatedly misused the nonprofit organization — to pay off his businesses’ creditors, to decorate one of his golf clubs and to stage a multimillion-dollar giveaway at his 2016 campaign events.

"New York Files Suit Against President Trump, Alleging His Charity Engaged in ‘Illegal Conduct’" is from the June 14, 2018 Politics section of The Washington Post. It was written by David A. Fahrenthold and narrated by Sam Scholl.