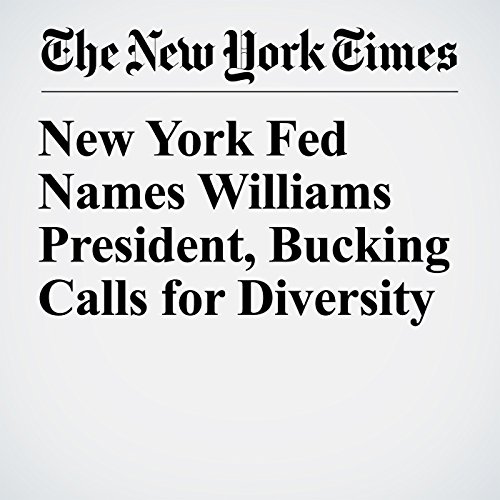 The Federal Reserve Bank of New York on Tuesday named John C. Williams as its next president, choosing a longtime insider for what is widely regarded as one of the Fed’s most influential positions.

"New York Fed Names Williams President, Bucking Calls for Diversity" is from the April 03, 2018 Business section of The New York Times. It was written by Ben Casselman and narrated by Keith Sellon-Wright.