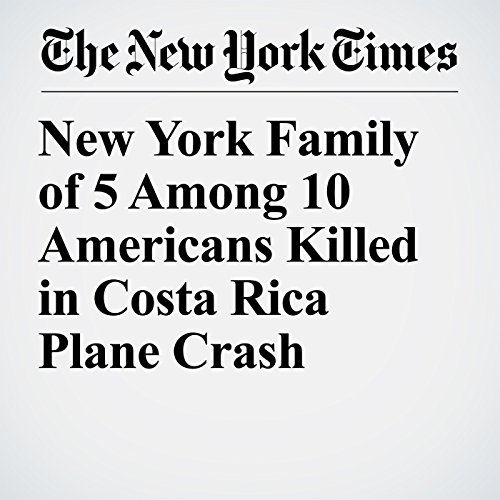 In the weeks before their family trip to Costa Rica, Bruce and Irene Steinberg of Scarsdsale, New York, told friends and family how excited they were to take their three sons on an adventure through that country’s lush forests and tropical beaches.

"New York Family of 5 Among 10 Americans Killed in Costa Rica Plane Crash" is from the January 01, 2018 U.S. section of The New York Times. It was written by Matthew Haag and narrated by Keith Sellon-Wright.