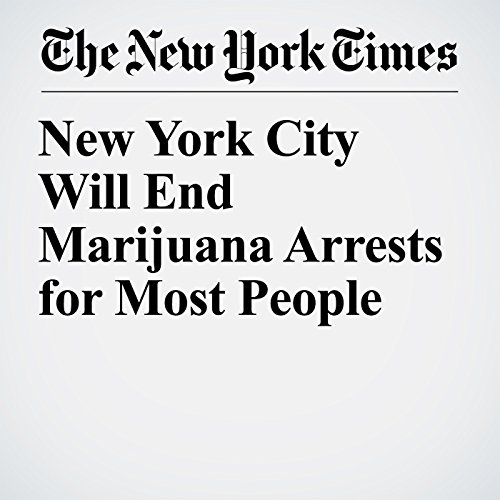 The New York Police Department will spare many people who smoke marijuana in public from getting arrested and give them a ticket instead, but not if a person has certain kinds of arrests or convictions in his or her past, several people briefed on the city’s plans said.

"New York City Will End Marijuana Arrests for Most People" is from the June 19, 2018 U.S. section of The New York Times. It was written by Benjamin Mueller and narrated by Keith Sellon-Wright.