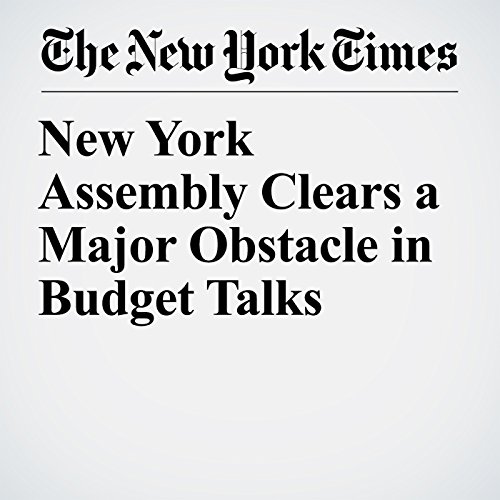 The Democrat-led New York State Assembly came to terms late Tuesday on a bill that would raise the age of criminal responsibility in the state to 18, an issue that had been a major stumbling block in the state budget negotiation

"New York Assembly Clears a Major Obstacle in Budget Talks" is from the April 05, 2017 U.S. section of The New York Times. It was written by Jesse Mckinley and narrated by Fleet Cooper.