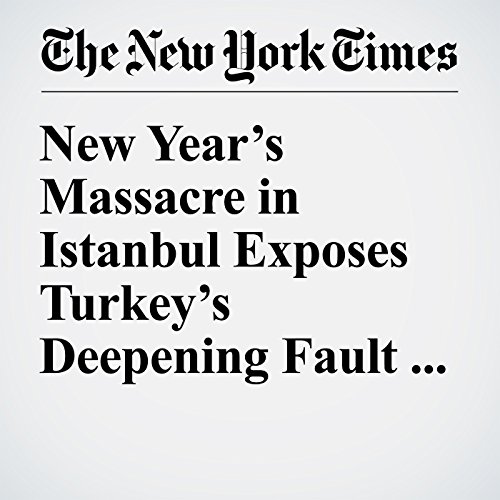 When a lone gunman murdered dozens of New Year’s revelers early Sunday, he targeted a symbol of a cosmopolitan Istanbul that is increasingly under threat: a dazzling nightclub where people from around the world could party together, free from the mayhem and violence gripping the region.

"New Year’s Massacre in Istanbul Exposes Turkey’s Deepening Fault Lines" is from the January 01, 2017 World section of The New York Times. It was written by Tim Arango and narrated by Keith Sellon-Wright.